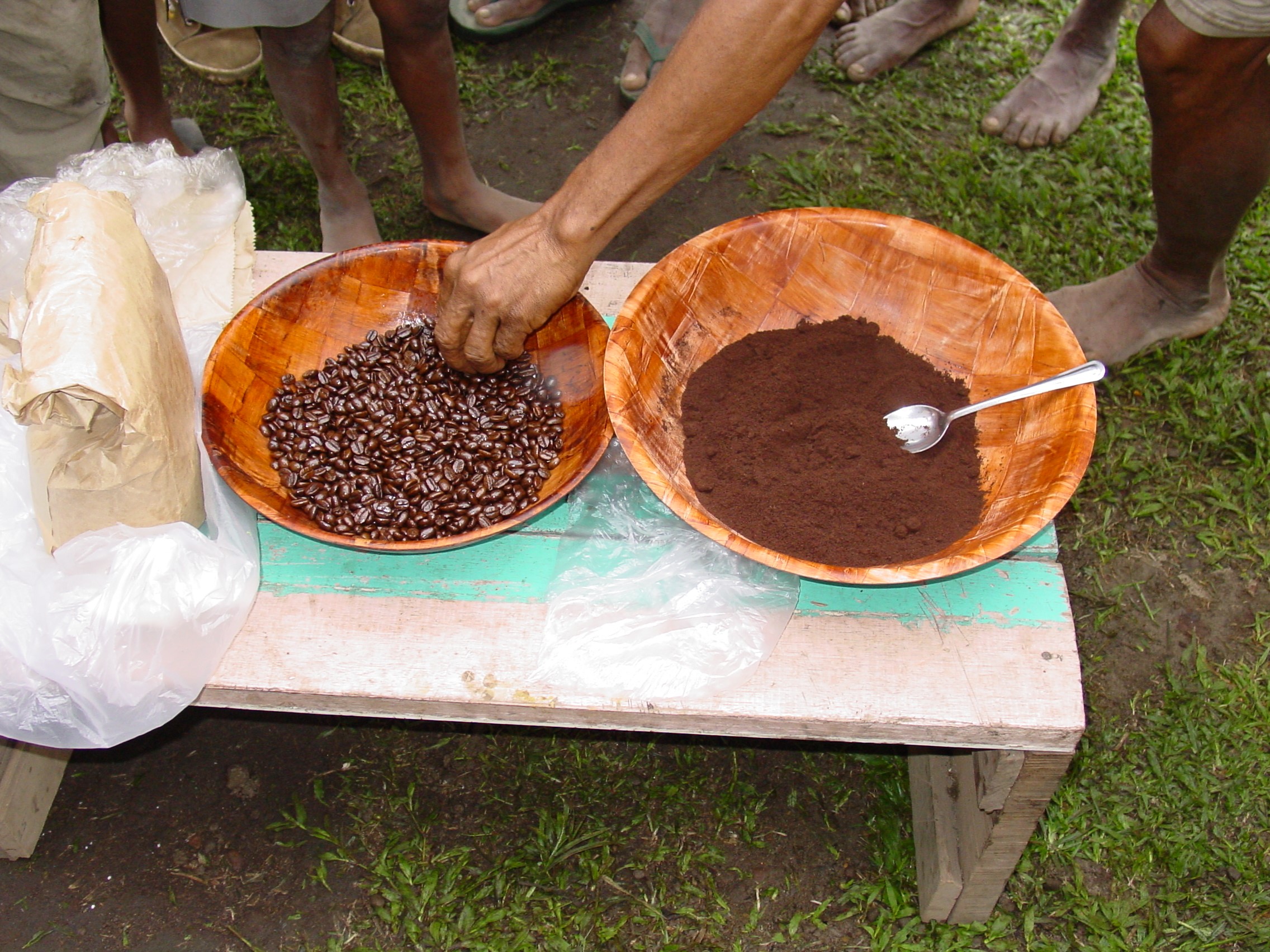 I have always loved a strong cup of good java, hot, steamy and satisfying. I have also long known, vaguely, about communities around the world that grew the coffee and was aware that their lives might be quite different from mine. When I went into my favorite café in genteel Grosse Pointe to pick up my morning joe, I sometimes wondered, “where does this coffee come from, and how do they start their mornings?”

Little did I know that I would become something of an expert on that subject, and in a country that I had never heard of: Papua New Guinea. How did that happen?  One summer motorcycle ride, one soulful encounter with a woman I met in a remote region of Crested Butte, Colorado. Through our relationship, I was given an opportunity to experience life in this remote rainforest indigenous community and be part of a completely different lifestyle.

There, the typical morning starts at first light when villagers stir to the sounds of birdsong, roosters crowing, the soft chopping of wood being split for the morning fire and the murmur of village life. Soon wisps of smoke rise from thatched huts and melt into the morning mist. Water fetched from a nearby spring will be boiled and they will have their first cup of coffee of the day. Instant coffee.

Yes, instant! How could a community surrounded by coffee bushes with abundant harvests of great beans not drink real coffee?

Strangely enough, that is not rare in many coffee-growing countries. In the case of the Papua New Guinea community I came to live in, the area was extremely remote. Village farmers grew and sold the beans, which were hauled away. After 40 years of growing coffee, no one there had ever even seen any of their beans roasted or brewed. The insipid taste of instant was all the coffee they knew.

As the new buyer of their beans, I vowed they would taste their own coffee. But it was no simple matter, as I described in my book, “Tau Bada: The Quest and Memoir of a Vulnerable Man”:

Parchment beans are dried, light-brown kernels of coffee, minus the pulped red skin. The beans were inspected, weighed, bagged, and transported four hours to Oro Bay by company vehicles. Packed into a container, they were then shipped within two days to Lae, where the bags were reloaded to vehicles to be driven five hours to a mill in Goroka, Eastern Highlands Province. There, the bags were unloaded, re-inspected, sorted, and milled to remove the parchment skin in order to get to the green bean. Trucked back to Lae, the bags were unloaded and reloaded on to a vessel bound for Australia, Europe, or the USA. It was the green bean that the global market would buy—roasted and distributed by the Starbucks of the world for your sweet lips to be acquainted with our coffee.

Then, what I had to do was sidetrack 10 kilograms of green bean from our milling operator, bring them to a boutique roaster in Cairns, Australia, and package them into sealed bags for two plane rides and 70 miles of four-wheel drive roads and trails back to where the coffee bean originated.

And it happened. One afternoon in and around the village of Tabuane we sponsored a celebration involving four village clans – about a thousand people in all their traditional finery. It was time for a community gathering known as a sing-sing, one that would be lifted to a new level of energy by a caffeine buzz never before experienced. They would taste and drink their coffee for the first time since planting began in 1963.

Some of them were so excited that they were grabbing the coffee beans and eating them, even adding salt.

Between the sing-sing, dancing, cigar smoking and whisky that we shared that evening, I got to understand that what I took for granted – a simple cup of coffee in the morning to start my day – had a much more complicated story to it. Stepping out of my Grosse Pointe comfort and into a far more rugged and difficult life in Papua New Guinea gave me an appreciation for what I had back home.

Now as I smell the coffee brewing, I am drawn back to those days of the wispy smoke tendrils and the misty rain-forest. I enjoy this java even more.