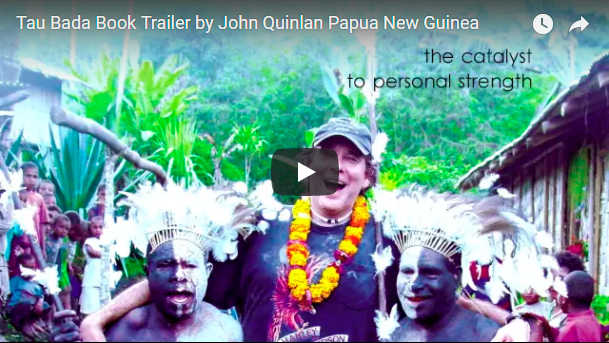 THE QUEST AND MEMOIR OF A VULNERABLE MAN

From an American financial services CEO to a Rainforest CEO of an organic coffee exporting business in Papua New Guinea, this true-action story about money, love, and differing cultures carries a deep message for those craving authenticities and personal growth, with revelations that connect vulnerabilities in us all.

The author poses the question, “What was risky, and what was I fearful of?” Go along as he ventures down untraveled roads on an uncharted inward journey where there are no maps.

Can you cite a personal vulnerability lesson for yourself?

Returning from Papua New Guinea after an assassination attempt on myself and my wife Fiona, I not only experienced physical vulnerability where a 30 caliber bullet fired from an M1 rifle barely missed us by 18 inches, but the psychological and emotional threat that preceded the event. I felt exposed at a deep level by realizing how vulnerable I was as the only white man in a remote indigenous area surrounded by some villagers that never saw a white person, dedicated to building a coffee and chillies collection and exporting business. I did not realize how much it would spawn jealousy and vengeance from profiteers/middlemen/politicians.

Subsequently returning to the United States, having lost a significant company, I had a choice to make. To become invulnerable, close down and mistrust or to remain vulnerable, open and continue to trust. I chose the latter and believe that I am better off for it.

My reflection: I feel it is wise to use your vulnerability attempts to encourage personal growth. Without vulnerability it is impossible to connect with and comprehend another human being.